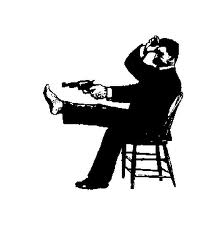 Paulo Coelho in the introduction of The Alchemist discusses four ways that people â€œfail to confront their dreamâ€[1] (or oneâ€™s personal calling). The first way is that people are told from childhood that what they are seeking to do is impossible for them. People often do not try because there is a voice in their head that says, â€œyou canâ€™t do it.â€ It may be an echo from childhood, or the way they speak to themselves where they say, â€œstupid, ugly, fat, and who do you think you are?â€

The second reason is love â€“ we have those in our lives that are resistant to us leaving them behind in order to pursue the dream. Coelho says, â€œWe do not realize that those that genuinely wish us well want us to be happy and are prepared to accompany us on that journey.â€ There will be times when a person may want to grow and those around them are not ready for them to change. They fear that they wonâ€™t be loved anymore, or that when they depart for this new journey that they will not return (either in the physical or in the way we grow as people).

There may also be financial obligations where support for a family or spouse and this commitment may outweigh oneâ€™s personal desire for exploration. It may just have to wait to a more opportune time.

Third is the fear of defeat. We cease trying to fight for our dream and stop reaching for it because we believe that we will fail. Similar to number one but different in that we may set out on this new journey but are willing to take set backs as a way to quit. We say to ourselves, â€œwell, I tried.â€ If you donâ€™t really try, then you donâ€™t really fail.

Then the fourth way that we fail to confront our dreams is that we fear that we will actually achieve it. Coelho quotes Oscar Wilde where he said, â€œEach man kills the thing he loves.â€ We ask ourselves, â€œwhat if I am actually successful.â€ There is a scene in the book where the protagonist is working for a merchant who sells crystal. In their discussions it is discovered that the boy is on a journey toward his lifeâ€™s calling and the merchant has always wanted to go to Mecca as an act of worship.

The protagonist, by working for the merchant, has brought renewed business and success to the shop owner. Before this newfound success the storeowner has always been able to say that he could not afford to travel, or could not leave the shop, etc. But now he has the ability to go to Mecca but has come to realize that he really doesnâ€™t want to have the success.

The boy didnâ€™t know what to say. The old man continued, â€œYou have been a real blessing to me. Today, I understand something I didnâ€™t see before: every blessing ignored becomes a curse. I donâ€™t want anything else in life. But you are forcing me to look at wealth and at horizons I have never known. Now that I see them, and now that I see how immense the possibilities are, Iâ€™m going to feel worse that I did before you arrived. Because I know the things I should accomplish, and I donâ€™t want to do so.â€[2] 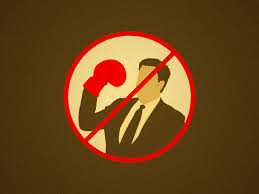 â€œI have known a lot of people who, when their personal calling was within their grasp, went on to commit a series of stupid mistakes and never reached their goalÂ when it was only a step away.â€

There are things that I have seen leaders do, and I myself have done, that when â€œsuccessâ€ is within grasp or is appearing on the horizon have done things or made decisions that have sabotaged that success (consciously or subconsciously).

Often times these individuals donâ€™t know how to get out from under this weight in a healthy manner so they do something destructive (an affair, embezzlement, hurt themselves, etc.) in an effort to cut themselves off from this feeling of being suffocated.

There must always be a mountain to climb. As long as they are preparing to climb, or are on the side of the mountain then they are happy. They love the journey â€“ and may even sabotage the achievement (or at least delay it) because, for them, the climb is why they are doing it; the end result is really not important to them.

Whatever the reason may be for intentionally or unintentionally wrecking oneâ€™s career, it is worth the time to sit down and ask “where am I going?” “What are my immediate life goals?” (And) “Am I doing something consciously or subconsciously to keep those goals from happening?”

[3] Click here to see a video with comedian Dave Chappell who at the pentacle of success left his business and went to Africa. He admits on this video that the success scared him. I am not judging Mr. Chappell, I only think the video adds to the discussion on this topic.

[4]Seth Godin and his discussion of the Lizard Brain. We sabotage our success because of our survival instincts drive us to be safe.