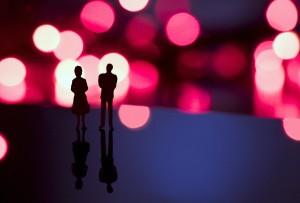 Every time you see her you get a pain in your stomach. You are convinced that when the apostle Paul wrote, â€œa thorn in my flesh,â€ that he somehow knew this woman. Every time she is around she only has negative things to say. Well, here she comes. As the pastor you are about to get blasted, yet again. She gripes about how the music is too loud, the worship area is too dark, and how the temperature is too cold, and lastly how she does not prefer your preaching â€œstyle.â€Â Her comments come at you like a machine gun, and she mows you down like some old time gangster movie. She makes her departure and you swear you smell gun smoke in the air.

All of this happens moments before the Sunday morning service begins. You feel completely drained, and you havenâ€™t even stepped into the pulpit yet. How she even found you when you were hiding in the janitorial closet (I mean â€œgetting some suppliesâ€) is beyond you.

Inevitably as a leader you will need to give some â€œconstructive criticism,” or you will be on the receiving end of â€œwell I think . . .â€ and whether you are giving it, or receiving it, criticism is an important part of healthy communication. Today we will talk about how to give it, and receive it in such a way that will help your team.

The first step in the whole process is to determine the severity of the â€œissue.â€ This value/severity that you place on the issue will determine what steps should be taken. Take a breath; it may not be as big of deal as you are making it out to be.

In this passage Peter would act one way when certain people were around, and then another way when other people were around. Not only was this hypocritical and disrespectful, but in Peterâ€™s case it would also lead people to believe in a false gospel (faith+works). In this case Paul has to deal with this offense publicly. Â So on a scale from 1 to 10, this was a 10. It was a big deal and had to be dealt with as though it were a â€œbig deal.â€

I have discussed this passage in another article so I wonâ€™t go into much detail, but I wanted to highlight that Jethro went to Moses one-on-one. If we desire to help another person, the best way is to give our constructive criticism one-one-one.

Some Suggestions for the “Meeting”

You may also be on the receiving end of someoneâ€™s â€œideas,â€ so remember communication is a two-way street. So here are a few suggestions if you are on the other side of the table:

Philippians 2:3 â€œDo nothing from rivalry or conceit, but in humility count others more significant than yourselves.â€ (ESV)

We all have areas of improvement and should consider others better than ourselves. Therefore as â€œiron sharpens ironâ€ we can all learn something from each other, as long as we do it in love.