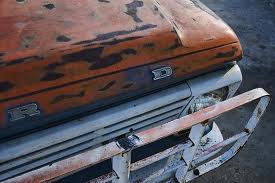 There was a tradition in the Boswell home on Sundays. After church, at 1pm, we would gather at my grandparentâ€™s home for lunch. And it was around this family meal and table that I first noticed it. It just happened in a conversation about the mundane events of everyoneâ€™s week. My grandfather, Fletcher Boswell loved to tell stories and he especially loved to tell stories where he would laugh at the end. He had a distinctive laugh that I have grown to miss greatly, and would grin a wide smile to reveal his seventy-year-old yellowed teeth. His hands were one a farmer, calloused, busted, and rough from hard work.

This skin on the backs of his hands would literally bust open and he would have to bandage them. I never remember a time from the time that I first noticed until his death that he did not have at least one fingernail that was blackened or falling off from a misplaced hammerâ€™s blow.

My grandfather told those listening as they ate their sliced beef, handmade sourdough rolls, and garden raised vegetables, that he had seen a â€œblack boyâ€ walking on the road (which happened to be named Boswell Road) and had stopped to give him a ride. He told the story almost as though he had been bored and wanted some entertainment.

It was only later that I discerned that there was a flaw in his heart that he knew needed to change and this stop for him would turn into a regular practice for this young man.Â  Perhaps knowing his years were drawing near, and perhaps he desired to bring light to those places in his heart were many older southern men avoid â€“ but whatever his reason, this stop would change his life forever.

He mentioned the boyâ€™s name as being James Kiles. I happened to know this boy because I was in school with him and he rode my bus. By the time of this Sunday afternoon conversation I had already spent several years riding down dusty country roads and seeing James at school.

When James was very young, dogs in his yard had gotten into a fight and the very youngÂ  boy had tried to separate them. One of the dogs turned and bit of the boyâ€™s ear off, leaving him scarred for life. Being an extremely poor black family in the Heart of Dixie, there was little hope or probably even thought of reconstructive surgery. You could tell that there were other things, other simply mundane things (air conditioning, deodorant, clothing, etc. ), that would have to come first. 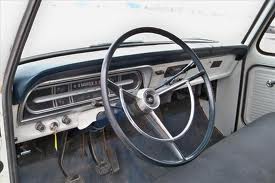 By the time I met him in third grade, he had been in third grade for several years already. He towered above the rest of the boys in the class, and was extremely strong and fast (compared to the rest of us). He also had a fascination with Michael Jackson, so he would regularly wear a plastic version of the famous zippered jacket, one glove, and moon walked often. He would sing at the top of his lungs â€œBilly Jean was not my lover . . .â€ and â€œI bad, Iâ€™m bad, you know it . . .â€ as we all endured the torturous southern heat and dusty rides to and from school. He was a person that I wanted to be my friend, not because I had some genuine concern for him, but because I needed his muscle to keep from being beaten up myself. Life can be tough in the magnolia jungle.

James had a sister who was about the same age, perhaps a year or two younger. They both were extremely slender and towered over all the other children in their grade. They both were not very intelligent, or perhaps thatâ€™s how children from who knows how many generations back of people who have not been able to obtain a substantial grasp on an education just are. Â That’s true for all shades of humanity. Â Their home was nothing more than a wooden box about the size of a train car, with a asphalt shingled roof, which was in great need of being replaced decades before, and cardboard curtains. There was no trace of grass anywhere in their yard, so as the bus approached to drop them off they departed into a wall of dust and heat. They disappeared into poverty.

I pushed my beans around on my plate and remained quiet. Dying to ask questions and to tell him I knew this boy, but instead I just listened to his story. He told of how he had driven past him in the 1967 blue and white Ford pickup truck, stopped and then went back to pick him up. Grandfather told of how James had ratty torn clothes, smelled of BO, but was reminded of his own youth of being in poverty and growing up with next to nothing. This was a connection they shared; even if James never realized it. Â I know granddaddy would have asked, â€œwhere do you live,â€ and James would have replied.Â  Having lived on Boswell Road most of Â his life, Fletcher Boswell would have known the road, the house, and perhaps even known of the family.

As he described the ride I could envision the pickup truck with itsâ€™ handmade white wooden dog boxes on the back. Various rusted chains and farm tools rattling and rolling around in the back of the truck and under ones feet in the cab.Â  Perhaps it was this abandoned hobby that had spurned my grandfather to tell him to get in the front as opposed to the back. Who knows why he stopped â€“ but as he told the story his face light up, as though he was a man who had a weight lifted from his chest, or had discovered some secret he never knew before.

It was at this point that the storytelling went to Granddaddyâ€™s youth, and one of those â€œup the hill both ways to school barefootedâ€ stories, and as I was trying to decide between caramel or red velvet cake for desert, I began to remember the pickup truck. It was a place where sweaty and tired men would circle around itsâ€™ bed, inwardly leaning, and talking of the workday and world events. If you were lucky you would be along the tailgate for these discussions, and you could prop your foot on the bumper.

As a boy I would drift in and out of the circle but would soon grow bored of farm talk and politics and would be off to adventures. But on several occasions as I drifted into the conversation, I remembered jokes â€“ jokes that were told in hushed volumes. Â Jokes that involved black people, but not in a respectful way. Jokes that tarnished these southern gentlemen.

So at this point I need to say, that I loved my grandfather greatly, and wish to honor him as a great man. But all men are flawed. It was this flaw of being a white man in the south, who grew up poor and went through a segregated school system, then was off to fight a war of global proportion. I believe that as an older man he realized there was a part of his heart that needed some work â€“ but not the kind of problem that comes from old age. He stopped to pick up a black boy, to give him a ride. But it was the conversations along the way that changed his heart â€“ or perhaps he simply wanted to change and this was the means for it to happen. But he stopped and picked up James many more times over the years, and there were many conversations in the cab of the truck. He eventually stopped telling us of his conversations because they happened so frequently, or perhaps because they did not end with a laugh.

As a teen I stood around the back of many a pickup (and other places as well) and listened to many more conversations but there were never any other off color or prejudiced jokes from him. The heart of a great man was stronger in his old age, than it was in his youth.Â  The strength in his hand and back may have faded, but the strength of his character did not.

This is one of those lessons I learned from him as a boy and young man. We all are flawed and have areas of our lives that need to be worked on. And if we are willing to stop, open the door of our hearts, and let opportunity and change in, we can be a better person.Â  I first noticed it around the Boswell family table, a manâ€™s heart was changed, and it sounded like the closing of a rusty truck door.