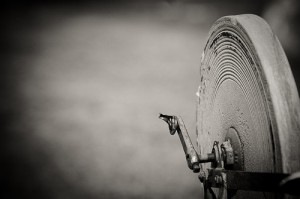 Ultimately, for children to become spiritually mature, the parents will have to understand and accept their responsibility to educate their children in the principles of Christian living. It is the churchâ€™s responsibility to make them aware of this fact and encourage them to do so. If it is the responsibility of the church to motivate parents to teach their children the doctrines of Scripture, how does it accomplish such a vital task?Â  First, the parent needs to understand that this is primarily their responsibility and that they must make a concerted effort to train their child.Â  With awareness and action being the first step, personal discipleship, on the part of the parent, becomes a close second.Â  For training to be the most effective, the parent must be growing in their knowledge of and their dependence on God. Childrenâ€™s Ministry within the church is symbiotically tied to adult discipleship and worship, specifically preaching. Church life cannot be segmented; instead, it is symbiotic in itâ€™s relationship. If the church encourages the parent to be growing in their own spiritual walk, then the children will benefit from this, because it will change the character qualities of their parents.

Parental Teaching
In the early years of a childâ€™s life they learn at an astounding rate. With this constant and prolific ability to take in information the home then becomes the primary place of gathering and implementing this information. Gentz, explaining the importance of the home, says, “The early years, then are the crucial years, and, of course, the home provides the context for the early years.Â  Pine underscores this fact in this striking statement: â€˜if a childâ€™s educational achievements depend so heavily on what is learned before the age of six, the home â€“ not the school â€“ emerges as the major educational institution in the land.â€™”

Moral development begins very early and is established at a young age. Parental influence has a huge impact upon the moral development of a child. Buzelli and Walsh relating to these concepts state, “Childrenâ€™s reasoning about what is right or wrong and the standards upon which they base their judgments are formed through interactions with their peers and with adults who are important to them.Â  It is commonly held that morality arises neither from the mere internalization of cultural values nor from the gradual unfolding of innate emotions but rather is developed as the result of interactions between an individual and others within the social environment.”

Children learn to control their behavior based on the interaction between themselves and their environment. This concept of modeling is not only one of commonplace behavior, like taking a comb and pretending to shave, but also of religious behavior like clasping the hands to pray before a meal. Children naturally imitate what they see. If the child is not given social acceptance and a personal reason to shave, then the imitation will stop when they are old enough to do this practice on their own. The spiritual behavior that is mimicked will stop as well if they are not taught why the family does this activity or see the benefits of the activity. Parental teaching/modeling must include the right activity in their regular routine and a time of instruction and explanation as well.

In order for children to mimic their parents, they need to spend time with them.Â  Parents must spend significant time with their children in order to be able to explain the foundational teachings of the Christian faith not just in a formal teaching time but also in moments that present themselves as teaching opportunities. If the father is bumped by a car in heavy traffic, he has several options. He could lose his temper, yell, and be demanding. But if the father remains calm, has a good conversation with the offender, and walks away having been unchanged, then the son has seen a positive behavior and has been taught a godly lesson. Later that night the father and son could pray for the man who bumped them and discuss what happened, thereby adding to the lesson of reacting in a positive way to negative situations.

All of the passages given below regarding the curiosity of children assume that the parent is there to answer the questions of the children when they are asked. Also, in order for children to have a substantive knowledge of Scripture a parent has to walk with them through this information. A childâ€™s modeling can also work toward the negative.Â  This is where in order for her to fit in with her peers she will mimic their negative behavior or images on television that she views as being popular. Buchanan says, â€œAs a result of the amount of time spent with parents, the child will pick up attitudes, values, beliefs, and behaviors from the parent.â€Â  Children will mimic the behavior they see around them. If they are not given instruction regarding the principles of God in the home and see a genuine faith lived out before them in a real and genuine manner then the most influential time in a childâ€™s life will be molded by the world and the culture that they live in. The home then is not only a place of teaching but a place of modeling godly behavior.

Gene Gentz said, “God designed the home so that children could learn by example.Â  Their value system is to emerge in the context of dynamic Christian living, where father and mother demonstrate biblical realities. As children observe their father loving their mother as â€œChrist loved the churchâ€ and as children see their mother submitting to their father as ‘the church is to be subject to Christ,’ they are learning biblical truth by direct experience. This is far more meaningful than mere verbalization.”

If parents rely on verbalization as their main way of teaching, then they are limited to what they can teach a child due to the childâ€™s ability to learn that way. But by modeling love, submission to authority, etc. while the child cannot explain verbally what they have seen, it has made an impact on their life that they will mimic later in life.

In the Bible, the family is shown as being very important. It was by following a familyâ€™s lineage that Jesus Christ was proven to be the promised Messiah.Â  In Matthew 1 and Luke 3 one can trace Jesusâ€™ genealogy from the first man to Jesusâ€™ earthly father and mother. The fact that this method was used shows the importance of family to the historical people of God and to Godâ€™s plan to provide mankind with a Redeemer. It would make sense then that it is within the setting of the family that a child would most readily learn about the Messiah, His love for them, and His instructions for their lives.

When the Israelites were about to invade Canaan, Moses gave the people, specifically parents, instructions regarding the spiritual training of their children. He instructed them to remember what he is about to say and then teach these precepts to their children. Perhaps, the most important part of his pronouncement was the plea for them not to forget that this responsibility to teach their children fell squarely on their shoulders.Â  Deuteronomy 6:4â€“9 says,Â  “Hear, O Israel: The LORD our God, the LORD is one. Love the LORD your God with all your heart and with all your soul and with all your strength. These commandments that I give you today are to be upon your hearts. Impress them on your children. Talk about them when you sit at home and when you walk along the road, when you lie down and when you get up. Tie them as symbols on your hands and bind them on your foreheads. Write them on the doorframes of your houses and on your gates (NIV).”

It is hard to miss Mosesâ€™ teaching that before the parents can instruct their children about an authentic relationship with God, they must first have a genuine and thriving relationship with God. Moses also shows the parents that, not only modeling spiritual truths, but parental instruction is best given in casual conversation.Â  The Hebrew word given for â€œimpressâ€ is the word shanan, which means â€œto whetâ€ as in sharpening a knife or razor. The more times a person pulls the razor over the stone the sharper the razor will become. The home then is a place where spiritual truths can be explained and repeated over and over again until the child becomes a â€œsharpâ€ tool in the hands of his Creator.

The importance of consistency and repetition must be drawn from Mosesâ€™ instructions. Children learn best when shown and taught a concept by repetition again.Â  Whether one takes the instruction of tying Godâ€™s commands to oneâ€™s head and hands literally or in a more metaphorical interpretation, the main idea is that Godâ€™s instructions should be known (head) and lived out (hands). The family is to be primarily a place of learning (head) and living a godly life (hands).

Children are also naturally curious and ask questions. Within the context of family is a natural place for children to receive answers to these questions. This characteristic of curiosity in children is assumed in various places in Scripture. For example, Deut 6:20, â€œIn the future, when your son asks you, “What is the meaning of the stipulations, decrees and laws the LORD our God has commanded you?â€ (NIV). Exodus 12:26â€“27 also assumes curiosity when it says, â€œAnd when your children ask you, ‘What does this ceremony mean to you?’ then tell them, ‘It is the Passover sacrifice to the LORD, who passed over the houses of the Israelites in Egypt and spared our homes when he struck down the Egyptiansâ€™â€ (NIV). Again in Joshua 4:5â€“7 children are assumed to have a habit of asking questions when it says â€œIn the future, when your children ask you, ‘What do these stones mean?’ tell them that the flow of the Jordan was cut off before the ark of the covenant of the LORD. When it crossed the Jordan, the waters of the Jordan were cut off. These stones are to be a memorial to the people of Israel forever” (NIV). The Bible repeatedly gives the family as the place where children were to get the answers to their questions.

It is not the intention to place all responsibility of spiritual and Christian education on the parents. Both the home and the church offer different types of nurture to the child. Gene and Wallace Gents have said, â€œThere are certain objectives that parents have difficulty achieving alone. A well-trained staff of teachers in a well-equipped classroom can provide a quality experience in learning and applying Bible content that would be very difficult for parents to duplicate.â€Â  There are also some objectives that the church may seek to accomplish that without the home supporting them would fail. The church and home are not competitors with each seeking to have its own time with the children. But the relationship is supplementary, symbiotic, and supportive. The church should not encourage parents to relinquish their responsibilities of education, and the home should support the goals and programs of the church.