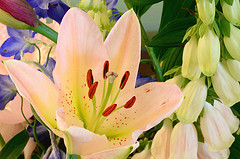 Church has just finished. She is apart of a mobile church and had sung on the praise team. She was standing there with a friend and out of the corner of her eye did not see her three-and-a-half year old son. He was not where he was the last time she saw him playing. She thought nothing of it and continued to talk with her friend. They laughed one last time and parted ways.

She begins to notice that the hallways are filling up with strangers coming into the theater to see showings of various movies and she consciously is pushing down memories of horror stories that she has heard over the years. Her heart is beginning to race and she is now in a half run, going in and out of all the theaters, frantically looking for her son.

She finds her husband who is serving in another part of the mobile church and he has joined the search. She is physically shaking and crying â€“ eighteen minutes has passed and she has not been able to find her son. The church calls and â€œall stopâ€ and all the members have joined the search. They search room by room and post people at the door so that people can focus on other areas. Dad runs to the parking lot and begins going down every row, looking for his son. He is now physically shaken and is greatly concerned for his son. Thoughts of his three-and-half year old son out among these cars consume his thoughts.

She is now yelling her sons name in the theatre, and she could care less what people standing in line to buy their tickets think about her. They are not even on her radar. She is weeping and yelling, weeping and yelling. There is nowhere else to search, and the knowledge of this is devastating. She feels her knees begin to give way. The fear is debilitating and the she is having a hard time thinking straight. Dad is outside searching the parking lot, and has finished searching all the rows of cars. Both mom and dad are beginning to think about the worst. Both would give anything to know where their son was. Both are sweating, crying, and praying to themselves. Over twenty minutes has passed.

A young teen searches the back parking lot, and she discovers the boy asleep in his car. He had walked to his car, 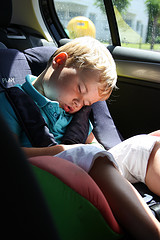 climbed in, buckled his seatbelt, and went to sleep. Mom is told that her son has been found, and there is a huge sigh of relief. People begin to smile again among the church and friends who had joined the search â€“ and some make their way to the parking lot to let dad know. The whole family climb into their car and make their way home (with the little guy still asleep in his car seat.)

Motherâ€™s Day to me is where a person has someone (or had someone) who would move heaven and earth, pay any price, do whatever it took to know that her son was where he was supposed to be. Motherâ€™s Day reminds us that there is someone who will become physically shaken when her child is not where heâ€™s supposed to be (even after only a few minutes). Everyone needs someone who will yell, scream, weep, and cry out their name when they stray. Everyone needs someone who will love them unconditionally and is not concerned what other people think. Thank God for mothers, and how they influence our lives. I am thankful that they will stop at nothing in the expressions of love for their children.