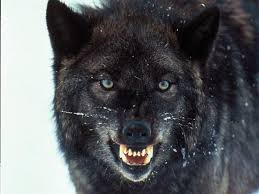 In the opening chapters of Galatians Paul has received word that the church in Galatia has turned to a false gospel. He is astonished at how quickly these “Christians” have believed and are following a lie.

Galatians 1:6-11 Â “I am astonished that you areÂ so quickly desertingÂ him who called you in the grace of Christ and are turning toÂ a different gospelâ€”7Â not that there is another one, butÂ there are some who trouble you and want to distort the gospel of Christ.Â 8Â But even if we orÂ an angel from heaven should preach to you a gospel contrary to the one we preached to you,Â let him be accursed.Â 9Â As we have said before, so now I say again: If anyone is preaching to you a gospel contrary to the one you received,Â let him be accursed.Â 10Â For am I now seeking the approval of man, or of God? Or am I tryingÂ to please man? If I were still trying to please man, I would not be aÂ servantÂ of Christ. (ESV)

This false gospel is more-than-likely Jewish teachers who are requiring the new “believer” to be circumcised (Gal. 2:4). But why would these people who have heard and believed the true gospel be so easily persuaded by false teachers? Â The distortion seems to be linked to people seeking the approval of men. These early believers were swayed by an age-old principle called “political correctness.” Instead of holding to true doctrine, they allowed their foundational beliefs to be manipulated by a desire to please men and hold to men’s traditions.Â You can not please man and God. Paul could not be an apostle “servant of Christ” and please men.

Mankind was created for fellowship and relationships with other people. Most emotionally mature people desire peace and an absence of disorder and chaos. So in order to keep the peace and keep relationships intact, they blur and compromise those areas where there are disagreements. Paul understands that the church needs to be intact in order that it may accomplish its’ purposes. But how does the leader address these heresies while also trying to keep the church together? If he had led as a dictator, running “rough shod” over people’s emotions and feelings, not caring how his actions or words would be felt then it would splintered into pieces. Paul, as an apostle, is correct in his doctrine and realizes that if the Galatian church continues in this heresy then there is no salvation, and the gospel would have been corrupted and would continue to corrode into traditionalism and Pharisaical behavior (that of adding requirements to the gospel).

So knowing he needs to address this wrong behavior, even while dealing with his own emotions (astonishment) he writes a letter to address it. As a leader there will be times when we will need to deal with people who are hurting the church (either in ignorance of doctrine, or willful attack). Paul gives us several things to think about in how he dealt with the situation.

Galatians 1:11-24Â ForÂ I would have you know, brothers, thatÂ the gospel that was preached by me is not man’s gospel.Â 12Â For I did not receive it from any man, nor was I taught it, but I received itÂ through a revelation of Jesus Christ.Â 13Â For you have heard ofÂ my former life in Judaism, howÂ I persecuted the church of God violently and tried to destroy it.Â 14Â And I was advancing in Judaism beyond many of my own age among my people, so extremelyÂ zealous was I forÂ the traditions of my fathers.Â 15Â But when heÂ who had set me apartÂ before I was born,Â and whoÂ called me by his grace,16Â was pleased to reveal his Son toÂ me, in orderÂ that I might preach him among the Gentiles, I did not immediately consult with anyone;Â 17Â nor did I go up to Jerusalem to those who were apostles before me, but I went away into Arabia, and returned again to Damascus.Â 18Â ThenÂ after three years I went up to Jerusalem to visit Cephas and remained with him fifteen days.Â 19Â But I saw none of the other apostles except JamesÂ the Lord’s brother.Â 20Â (In what I am writing to you,Â before God, I do not lie!)21Â Then I went into the regions of Syria and Cilicia.Â 22Â And I was still unknown in person toÂ the churches of Judea that are in Christ.Â 23Â They only were hearing it said, â€œHe who used to persecute us is now preaching the faith he once tried to destroy.â€Â 24Â And they glorified God because of me. (ESV)

1. Love People. He calls them “brothers.” He does not start with how they are different (me v. you), but how they are joined together (brothers.) He also begins with love, as in you love those within the church family.

2. CommonÂ Experience. He begins with a brief history of his own life, as in “my former life in Judaism” and how he was also “zealous for the traditions of my father.” They are still his fathers in the faith. Â He shows that he has a thorough understanding of the Old Testament and the Jewish traditions.

3. ScripturalÂ Authority.Â He did not consult with men as he was being called to preach to the Gentiles — they things were revealed to him. He is also careful to point out that it was after three years he went to Jerusalem (and saw no one except for James.) He was unknown among the the churches that he visited. After 14 years he went back to Jerusalem just to confirm what he was doing was not in vain. He knows and understands the true gospel because it was revealed to him form God, and it was confirmed to him in various churches all preaching the same thing. 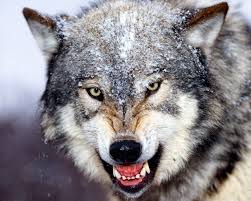 The gospel is God’s message to us revealed to certain men to be shared with us. It is the same gospel that goes to Peter and Jewish people who are already circumcised, and with Paul and the non-Jewish people who are uncircumcised. Â  In order to draw these members who had been persuaded by false teaching he appealed to love, his own experience, and his authority as an apostle (Scripture). When you approach a situation like this be loving and express how you are joined together through Christ as “brothers.” Identify with them of how you have even dealt with the same questions and concerns they have. Lastly, show from Scripture (not tradition) where they have erred in their ways. It is the ultimate authority.

Just because you have correct doctrine does not mean that you have liberty to treat people rudely, or in any way that pushes them away from this correct doctrine. If the group (i.e. Galatian Church) splinters then they are easy targets for the wolves to tear them apart.