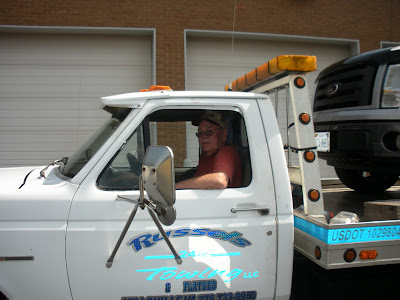 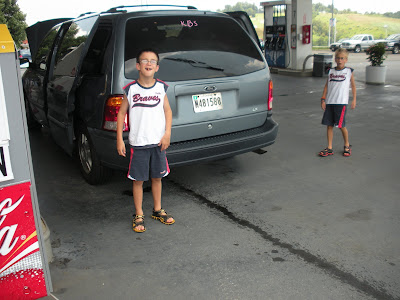 Never put the words â€œuneventfulâ€ in a blog/facebook entry before the trip is completely over. On the way back from vacation one hour south of Roanoke, VA (where my wife and her family are from) the van began to spew red liquid, smoke, and would go no further than the gas station we limped into.

The van had begun to make some funny noises that to the untrained mechanics ear sounded â€œa little funnyâ€ but nothing to be concerned about â€“ boy were we wrong. We went into the gas station and asked if a mechanicâ€™s shop was close by and within 20 minutes there was an elderly gentlemen looking under our hood. His news was not good and the quote he gave was $1,500.

We opted to pay him $200 to tow us to Roanoke, VA for Kimberlyâ€™s uncle David (aka â€œHoo Popâ€) gracefully agreed to help us. This kind man also saw our family of six and figured very quickly that we were not all going to climb into his tow truck. So he graciously and without charge offered to let us borrow his brand new extended cab (which I drove) to lead him to Salem, VA where Davidâ€™s shop is located.

â€œWeâ€[1] originally thought it was simply low transmission fluid levels, but after changing it and filling it back up as we headed back the next afternoon it began to spew fluid and smoke again. So we headed back to Roanoke and spent the night. David ended up completely pulling out the entire transmission, fixing a leaking â€œgrey sealâ€ and â€œoverdrive beltâ€ located inside.[2] I needed to go back home to work, and Kimberly and the kids stayed for several days until the work was completed (a total of eight days).

Our family is so thankful to God for getting us all back together in one piece and not having to take out a second mortgage on the house to fix Oleâ€™ Blue. Also, we are thankful for family that came to our rescue. David took eight days from his summer vacation to fix our car and we are so thankful for this gracious act of love towards our family.

So the uneventful vacation became eventful — but what would vacation be if it were only calm, relaxing, and peaceful.

[1] I stood with my hands on my hips peering into the hodgepodge of wires and metallic moving parts trying to act like I knew what these parts were. Nodding in agreement with the prognosis.

[2] I put these things in quotes because I have no idea what they are or what they do. 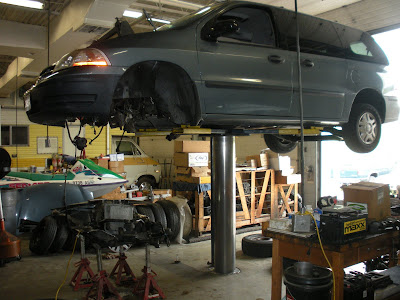 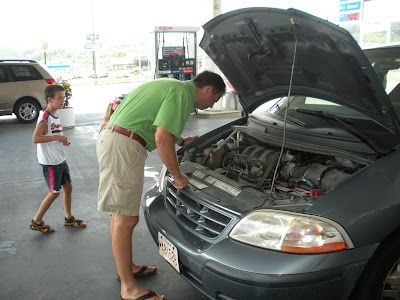 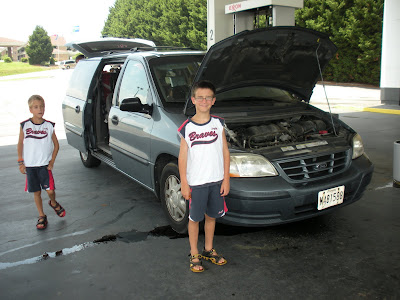