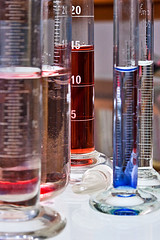 What do we say to them?Â  Once we have found a person to invest our lives into, and we gave gone to share with them, what do we say? Acts 1:8 says, â€œyou will be my witnesses . . .â€ A witness tells what they have seen and experienced. We share what we know of God, Christ, and Scripture.Â  The interesting thing about this process is that how you do this will be completely different than how someone else will do it. So that a dentist will teach of Christ differently than a stay-at-home mother (or a doctor, see the book of Luke), or a fisherman (like Peter).

The lesson you share with other people will be unique to how God has guided you on your journey with Him (like Luke or Peter). Also, if we go back to the â€œGo and Multiplyâ€ element, you can take your life lessons and share it four times to four different audiences â€“ your Jerusalem, your Judea, your Samaria, and your ends of the earth. Your life experiences can be used to disciple another person four times over!

What you share is also dependent upon what the other person needs and where they need to grow. And if they are willing to be discipled, or how far they are willing to go on the journey with you.Â  Christ only had a few who stayed with him for the entire journey, an d if you count his trial then he had none.

So the third element is simply sharing what God has taught you so far in your journey with him â€“ and if you wan to continue to disciple then you have a be a constant learner.

What role does the church play in this very individual discipleship process?

The church are the people who help guide you and whom you join with in this journey of following Christâ€™s commands and teachings. 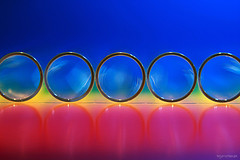 What does all this mean for me?

We begin with an understanding of Christâ€™s teachings as a foundation and then we build a framed structure (our lives) on top of it.Â  We begin by understanding that in this life, we are to make disciples (it is commanded by Christ); and then we add our self and personality to the teaching process.Â  So it is a combination of the authoritative Word of God and our lifeâ€™s lessons that we use to guide another person.

If you begin to live your life (your passions, hobbies, experiences) your focus is on yourself and not Godâ€™s glory.Â  You will desire to pick and choose what you â€œfeel called to do.â€Â  Someone may say, â€œI donâ€™t feel called to do foreign missions.â€ This is where we fit God into our schedule instead of shaping and arranging everything toward God.

We/mankind were created to bring God glory as his image bearers â€“ to reflect Him all over the planet (Genesis 1:27-28).Â  So we are redeemed to continue this purpose. So for the glory of God, we make disciples so that there will be more to reflect (to bear His image) and bring Him glory.

Have you allowed Satan to remove these key elements from the chemistry set of your life â€“ or are you making a difference right where you are and around the world? Who are the people you are discipling? How can I help you in this journey? 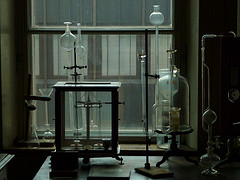