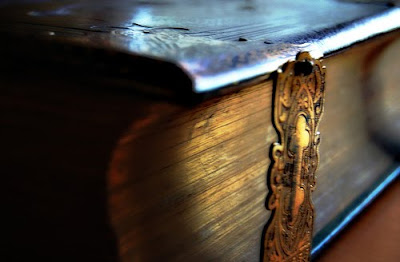 Early in the earthâ€™s history God was manâ€™s original instructor. Manâ€™s classroom was the perfect Garden of Eden, and his teacher was none other than God Himself. In the cool of the day God would come and talk and dialogue with Adam (Gen 3:8). Creation taught of Godâ€™s omnipotent power and immeasurable creativity. The fall (Genesis 3) taught man not only of Godâ€™s grace and mercy, but also of His holiness. God is the ultimate teacher; Job said, â€œWho is a teacher like himâ€ (Job 36:22)? Michael Anthony and Warren Benson write,
Godâ€™s desire has always been to see His children mature in their faith and pass that faith on to subsequent generations. To accomplish that aim, He chose patriarchal leaders such as Abraham, Isaac, and Jacob to model godly familial and national leadership. Soon after that, He gave us written instructions, known as the Torah, or Old Testament Law. Later, he commissioned priests, judges, and prophets with the task of instructing His people with the proper application of those laws to everyday life. Eventually, this task was given to synagogue leaders such as rabbis and scribes. After the Jews returned from exile, they established schools for the education of their children.

This knowledge was not only to pass from parent to child, but from Godâ€™s people to the lost world around them. Genesis 18:19 says, â€œFor I have chosen him, so that he
will direct his children and his household after him to keep the way of the LORD by doing what is right and just, so that the LORD will bring about for Abraham what he has promised himâ€ (NIV). That promise was that Abraham would be a blessing to those around him, and that his offspring would be as numerous as the sand on the seashore (Genesis 12). Later it was explained that his offspring are all those that have a saving faith in God. As the world surrounded Godâ€™s people, they would see God working in the Israeliteâ€™s lives, and they would be drawn to want a relationship with God as well. When they come to inquire, Godâ€™s people would need to know how to respond. If Godâ€™s people are to be a â€œlamp on a standâ€ that shines the light of God to the world, then their lives must reflect Godâ€™s character and their minds must be ready to â€œgive an answer for the hope that they haveâ€ (1 Pet 3:15). Acts 17:26-â€“27 says, â€œFrom one man he made every nation of men, that they should inhabit the whole earth; and he determined the times set for them and the exact places where they should live. God did this so that men would seek him and perhaps reach out for him and find him, though he is not far from each one of us.â€ God has strategically placed Christians where they are, in the history of time that they are in, in order to bring a lost world to Him. But they must be knowledgeable regarding the doctrines of Scripture. Otherwise the church becomes doctrinally shallow and easily swayed by the deception of sin (Jas 1:8).

God chooses to work through the local church as the main avenue, other than parents to children, as the way in which to educate believers. Pazmino identifies the responsibilities of the local church as being â€œproclamation (kerygma), community formation (koinonia), service (diakonia), advocacy (propheteia), and worship (leitourgia).â€ He points out that didache or teaching is not listed. Pazmino believes that â€œteaching serves as the connective membrane linking these five tasks to form a vital and living body of ministry and mission in the world.â€ 1 Corinthians 12:4â€“7 says, â€œThere are different kinds of gifts, but the same Spirit. There are different kinds of service, but the same Lord. There are different kinds of working, but the same God works all of them in all men. Now to each one the manifestation of the Spirit is given for the common good.â€ Those who teach are in partnership with other Christians who have these different gifts from God. They should share these different spiritual gifts to bring depth and creativity to the teaching ministry of the church.

All who have a saving faith in God should be educated in the doctrines of the Bible in order that they can impact their world around them. Clarence H. Benson said, â€œThe progress and permanency of Christianity has been dependent upon a program of education.â€

One sees this importance early in the life of the church. Acts 2:42 says, â€œThey devoted themselves to the apostlesâ€™ teaching and to the fellowship, to the breaking of bread and to prayer.â€ Every pastor in the early church was expected to be an apt teacher (1 Tim 3:2), and most Christians were more than likely apt teachers (Acts 8:1, 4) as well. The importance of Christian education can be followed throughout all of history, with its foolish conclusions when education is lacking in the medieval period, and its great strides in discoveries during the Reformation and Renaissance. Looking specifically at the Roman Empire in history Anthony and Benson wrote,
The contribution of the great Roman Empire to the beginnings of Christianity cannot be overstated. The Son of God was born into a world that valued learning. The Hebrews had contributed an emphasis upon monotheistic and family-life education; the Greeks had provided an emphasis upon philosophic thought united under a common language; and the Romans gave the world a strong civil government with secure borders, commerce, communication, and stable means of transportation. Together these national and cultural contributions laid the foundation for early Christian church education.

This shows that Christian education has had many influences that God has used to shape it into a method that is effective if taken seriously in the life of the family and church. It is the challenge of the teacher, guided by the Holy Spirit, to instill within the learner a desire to glorify the Lord with their lives. This is something that is caught as opposed to being taught. With Jesus being the ultimate example, His life never veered from His teaching. He never did anything that contradicted what He said. The teacherâ€™s life should exude love for the students and for God, and their lessons are an overflow of a heart that has been in Godâ€™s presence continuously. Pazmino says, â€œThe Holy Spirit inspired the initial writing and compilation of the Scriptures. The Holy Spirit also illuminates those who seek to teach the Scriptures or to be taught by them.â€