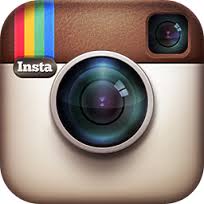 I love photography and have since I was an early teen. By the time I was in 9th grade I had either received as a gift or saved and purchased myself a SLR film camera and several other expensive pieces of a camera kit (a flash, various lenses, program cards, filters, etc.) I even had a film-developing lab that could be set up in my bathroom. I love the smell of the chemicals, the challenge of taking the film out of its’ canister in the dark, doing the stop bath, and even timing the exposure. I enjoyed the process of having to see in my mind what the shot would look like on film, then take it through a process that took hours to bring it to completion. It was the journey that I enjoyed, even more than the finished photograph.

This process has been lost in the day of digital slr photography. One can take a picture, see it in the display, and even edit it right there in the camera. Some cameras will even allow you to send it to the internet and social media sites immediately. The days of stop baths, timers, chemicals, film, projectors, and whole rooms dedicated to the process are items in yesterday’s yard sale. The whole process is now condensed into an app like Instagram. sigh.

Now in some circles I am thought of a tech nerd (I know pretty funny right?), and you would think that I love the constant advancements in technology (and I do love it!). But with the progression of change we have to be careful not to lose the soul of a discipline. For example there is a current push to replace subjects like Geometry (in which children learn logical thinking) with computer code writing. Code writing acts as a language with which one can change around to create a program to do just about anything. This process also encourages creativity and logical thinking.  As one who hated proofs, and well anything that had to do with math, I would be the first to pull the lever if we were to put it to a vote. But by replacing one thing with another what is gained is obvious (with code writing our children are better equipped to engage a digital world). But what is lost is not immediately obvious. But, before I wade into math waters too deeply, I’m going back to the shore. 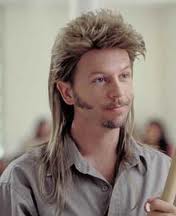 So before you blast me for my mad math skills, my point is the process of replacing one thing for another. The replacing of film and the mindset and process that goes along with it is replaced with the digital mindset. We live in a world where the iPhone has replaced the landline phone. No longer can I call you “at home” — I call you wherever you may be anywhere (just about) on the planet. Call me “at home” has been lost to “call me.” There are subtle things that are lost (and gained) with each new step forward. And we can never push the pause button and say, “I’m done. I’m going to just stay in today.” Time and tomorrow keeps marching on and we do the best we can, only to learn later what has been subtly lost.

Yes, you should get an iPhone and no you should not be rocking a mullet. Good luck keeping up.

Click here to see another article relating this topic.