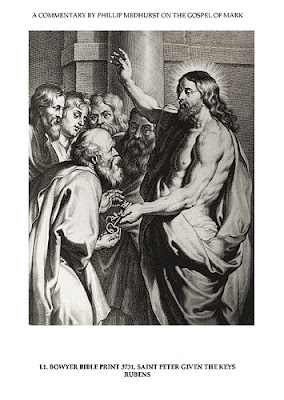 The New Testament church, likewise, moves on the feet of those who, â€œpreach the gospel of peace and bring glad tidings of good things (Romans 10:15). It was Paul that declared that faith in Jesus as Lord will save all who call upon him (v. 9), but â€œHow . . . shall they call on him in whom they have believed? And how shall they believe in him of whom they have not heard? And how shall they hear without a preacher? (v. 14)â€ This preaching of salvation that Paul referred to is the proclamation of the Word of God recorded in the Holy Scriptures and centered in the redemptive work of Christ. It is a summons of men to repentance, faith, and obedience before the Lord Jesus. It is Godâ€™s appointed means for communicating the gospel of hope to the unbelieving world for communicating the gospel of hope to the unbelieving world and for the strengthening of the faith of those who have found refuge in our living Lord.

The apostolic message (kerygma), the preaching of the men who first heard the Great Commission of our Lord, consisted of these seven things:
1. It was a definite body of facts; it was â€œpropositional truth.â€
2. It was not speculative philosophy but an announcement of the intervention of God in human history for the salvation of those who would hear and accept.
3. It was centered on the redemptive work of Christ, in his cross and atonement, and glorious resurrection.
4. It was witnessed to and confirmed in the human heart by the Holy Spirit.
5. It was historically and organically related to the Old Testament.
6. It imposed a stern, ethical demand upon men.
7. It was a vast eschatological dimension. It looks forward to a triumphant forever in Christ.