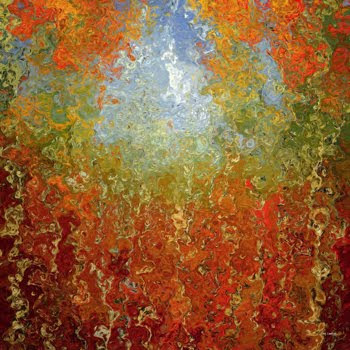 This past Sunday I preached from 1 Samuel chapter 2:12 ff. It is the story of Eli and his three sons (I am counting Samuel as an adopted son). I focused on the comparison of the two biological sons (v. 12) against how Samuel is presented in the story. Here, I would like to discuss a part of the passage, I was not able to spend too much time on.

1 Samuel 2:13-14 “The custom of the priests with the people was that when any man offered sacrifice, the priest’s servant would come, while the meat was boiling, with a three-pronged fork in his hand, 14 and he would thrust it into the pan or kettle or cauldron or pot.”

I find the phrase, “The custom of the priests with the people. . .” to be very interesting. Earlier, when the law outlines how the sacrifices were to be collected, slaughtered, and burned, there was no mention of the practice that is mentioned in the rest of the verse. There was no mention of a three-pronged fork, boiling the meat, etc… Something happened between the giving of the law, and the actual carrying out of the law that resulted in a “custom.”

This “custom” in an attempt on the part of the priests to make their job more comfortable or even convenient for themselves. And the people have a “chance” to get more meat back since, “All that the fork brought up the priest would take for himself.” So if the priest hooked a little piece the people got to keep more of the meat. So this led the people to be greedy with that which was to be the Lord’s.

Whenever you seek to make God’s Word more convenient or comfortable (by adding to it, or changing it in some way) you take away the God given tool that is designed to keep people from acting upon their sinful nature that is within them. God’s Word and the leaders who teach it, are there to fight against creeping “customs.”

Judges 21:25 “In those days there was no king in Israel. Everyone did what was right in his own eyes.”

Along these same lines is keeping a balance between being culturally relevant and staying true to the original meaning and teaching of Scripture. God has called all believers to study, memorize, apply, and love His Holy Word. Teachers of the Word are admonished to “15 Do your best to present yourself to God as one approved, a worker who has no need to be ashamed, rightly handling the word of truth. (2 Timothy 3:15)” Jesus looked around and used illustrations (seed, people on a journey, bushes, etc.) as a way to help people understand spiritual things. Today teachers still look around a see (wiis, iphones, cars, etc.) and make the cultural connection. It is not as easy as it may seem on the surface. If you reference a popular television show that many people are watching (hence it being popular) but the show may be filled with course comments, sexual innuendo, rude behavior. . .then have you endorsed the show? Do you want to spend time (precious time) talking about what’s wrong with the show? So don’t mention the show, but now you have left out a huge chunk of where the “culture” is focusing their attention.

So obviously we pray, study Scripture, and ask the Holy Spirit to guide us along this arkham’s razor.

Let us just make sure that we don’t try to make God’s Word more convenient for us (or others) to change the meaning which will lead to others sinning (2 Timothy 3:14,16).

*http://www.marklawrencegallery.com/ The picture above is from this web site. I really like his abstract work as it relates to biblical principles.