A Walk in a Dark Park 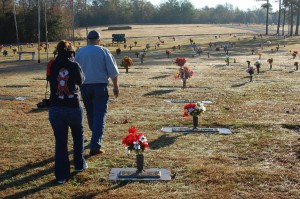 We were able to go to Alabama this year for Christmas (the first time in a long time), and we had a wonderful time with family. One of the evenings over the remnants of a delicious meal, dessert, and Dunkâ€™n Doughnuts coffee my father said he wanted to take my sister and I to a cemetery.

Yes, I said cemetery. How is that for a transition from dinner to â€œcatching upâ€ conversation? So, I asked him, â€œshould I bring my camera or my shovel?â€ He said, â€œno, I just want to show you two something.â€ So the next day we started out early and went to the graveyards my father had in mind. This was not exactly what I had in mind for a short Christmas vacation, but life has a way of bringing reality to your doorstep. 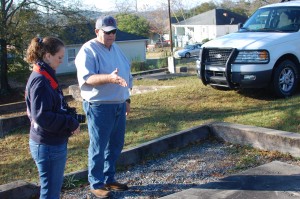 We drove to a plot of graves; my father stops, turns off the car, turns towards us and began to talk. He said that he was concerned that there were members of our family that if we (my sister and I) did not know where they were buried, then they would be forgotten, and that no one would know who they were. He was concerned that no one would take care of the tombstone (laying flowers, checking on them, etc.)

He then began sharing whom each person was, whom they were related to, and some memories from their lives.

Recently Ft. Bragg was merged into Ft. Benning, GA, so there was corresponding surge of soldiers and their families into the Russell County, AL area. This is where I grew up, and still consider my ancestral home. Because of this significant growth to the population, housing, government spending, the expanding training facility desired to purchase what equaled to thousands of acres and the lower third of the county. 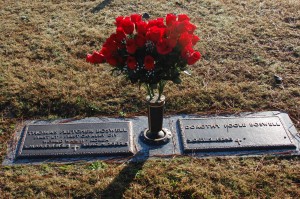 In order to make a purchase of this size, there was a community meeting. At this meeting, the people did not line up to sell their land, and the flavor of the meeting was quite the opposite. The military and their desire to expand did not understand the blowback they were getting from the community. The deathblow to the discussion was when the liaison for Ft. Benning said, â€œitâ€™s just land.â€

Trust me, itâ€™s not just land.

What the liaison didnâ€™t realize was that this â€œlandâ€ had been in families for many generations. Family members going back hundreds and hundreds of years were buried on the land. Livelihoods were developed off of the land, blood, sweat, and tears were shed on this land, and there was a connection to the land that a carrier military officer, who had traveled all over the country and world, and did not have this connection, did not understand.

Large tracks of land were passed from family to family, and there was an unseen chain of memory that connected these people to plots of land, and to a way of life. These chains were not one of bondage, but one of responsibility. It was a way for them to be grounded and to feel connected to others in their community. These plots of land were connected by marriages, memories, and a

love for neighbors. This southern culture had a genuine family value to build and to improve. They desired to have a better way of life for their children, and eventual grandchildren. You cannot put a price on a way of life, and a value in a person’s life. 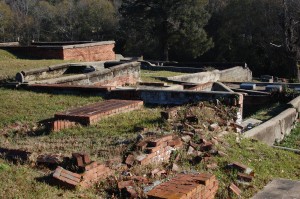 Why was it so important to my father for my sister and I to know where our relatives were buried? I believe that it goes back to that unseen chain of memory. Each generation adds a link to this chain that if it is broken, a connection is lost that gives one strength. Families that remember where they have come from have history.

History gives one an ability to learn from past mistakes, and to build upon previous successes. When this history is lost, each new generation has to start over in the building process. Even a family filled with previous bad decisions can learn that this way of life does not end well. Families that can build generation upon generation can build upon their ability to influence the world around them (for the good). 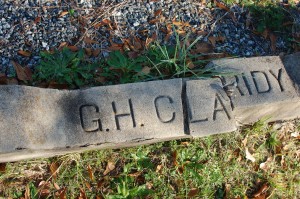 We all have a part to play in the world around us, and for me that requires a calling to a place apart from the ancestral home, but the chain is still connected and because of years of story telling over dinners, family gatherings, and a trip to a cemetery, memories have been passed down and our family becomes slightly stronger.