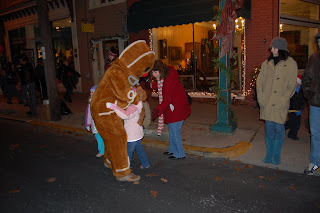 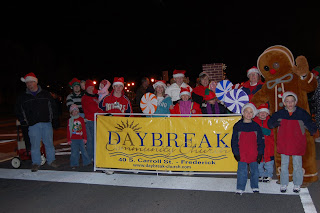 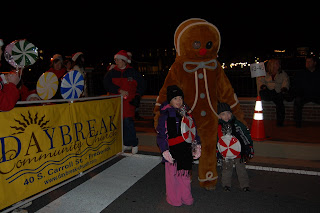 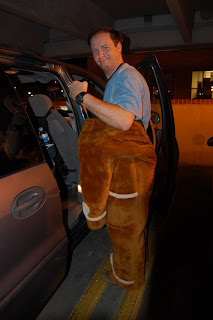 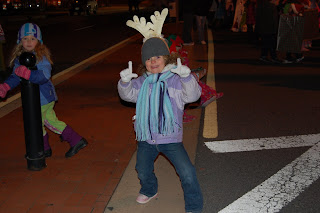 On December 5th Daybreak participated in the Kris Kringle Parade in downtown Frederick. We carried an 8â€™ banner and handed out cards inviting the community to our Gingerbread House Building Family Fun Morning. We handed out between 800 to 1000 cards (way to go Daybreak!)

Even though I did it last year, I was still amazed at how the Gingerbread suit just makes people smile (especially kids). I had to constantly watch and move slowly because kids would run up to me and hug me and if I wasnâ€™t careful I would knock them down. Once we started down the course I began to run from one side of the street to other shaking hands, giving â€œhigh 5â€™sâ€, and just having fun.

By 1/3 into the course I was covered with sweat. It dripped into my eyes so that I was slightly blinded, and condensation built up on the inside of the mask. The eye holes were covered with a black mesh which was covered with a layer of moisture again adding to the difficulty in seeing where I was going. Several times Caleb would run up and want to run with me on the route, but I told him to â€œstay behind the bannerâ€ because I was afraid I would run over him. To say I was sweaty would be an understatement, and I donâ€™t want to think about the active Gingerbread men before me.

The smiles on the crowd make it all worth it.