“It is better to be a warrior tending to his garden than a gardener in a war.”

The basic idea of this quote is that it is better to be prepared for life’s circumstances and its’ difficulties, than to be thrust into an experience that you have no training or preparation for. The motto of Boy Scouts is “be prepared.” But prepared for what? How can you one possibly be prepared for every possible scenario one may encounter? There are some life topics that demand our attention, while others, while important, are not the same in gravity. To return to our quote, if there is a possibility of having to fight, then one needs to know how to engage in battle, and that possibility outweighs knowing how to grow plants.  So, what information should one focus on? How do we know if we should be preparing for battle versus pruning gardenias?

The warrior is one who is prepared for battle, is respected, even feared because of his ability to succeed in the world of battle, destruction, and chaos. This warrior then steps into a world of peace and order as he tends to his garden. There is always the potential for the chaotic soldier to return and to destroy. He is dangerous yet controlled.

Jesus said in Matthew 5:5 “Blessed are the meek, for they shall inherit the earth.” The word meek in this passage means, “power under control.” It was used in reference to a horse having a bridle in its’ mouth. The horse is incredibly powerful and has a huge amount of potential destructive capability, but it is led by a small bridle. But, the soldier leaves destruction in his wake. 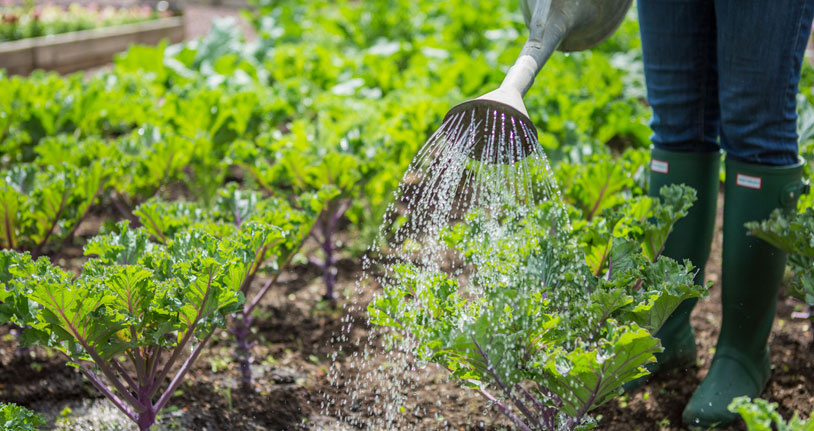 The Gardener on the other hand, knows peace, order, and how to cultivate growth. But when he is placed in a situation demanding power, he is ill equipped. The Gardener understands how to build up, start from nothing but soil and build a garden. He has the patience to wait as things mature. But, how can he protect his garden if he has no knowledge of battle? How can he protect himself and defend his brothers on the battlefield if his only knowledge is agriculture?

Should Our Children Be Gardeners or Soldiers?

The person of strength and destruction has stepped into and is working in an area of cultivation. The solider is growing and developing his world around him from a place of respect and fear. This position seems to be voluntary and sought after, because the garden is “his garden.”

While the “gardener in a war” seems to be in a place of defense and fighting that is out of his control. The person who knows how to control and cultivate his garden, now is powerless to control anything.

There are things about life that are difficult to talk about with our children. One of those things is that there will be people who will seek to destroy whatever you have built, simply because it’s there to tear down. Like bullies on the seashore stomping on sand castles, there will always be those who in an instant can pull down what took years to build with much skill and hard work.

Our life’s work is worth defending, and therefore, we need to equip our children to fight for what they put their hands to build. So, our children must be soldiers in their preparation, defense, and strength, and gardeners in that they are creatively building the world around them – making it into a beautiful garden. The bully must fear them enough to leave them alone, and they must resist the fear to stop building. The destroyer will get through the defenses from time to time, so they must have the strength to start the building anew, to begin again, and to plant the tender seedling once more.

While Nehemiah was trying to rebuild the walls around Jerusalem he encountered the threat of constant attack. He came to realize that the enemy must fear the people enough to stay back while they continued to build the walls. He showed strength by having the workers hold a weapon in one hand, and a trowel in the other.

Nehemiah 4:16 “From that day on, half of my servants worked on construction, and half held the spears, shields, bows, and coats of mail. And the leaders stood behind the whole house of Judah, 17 who were building on the wall. Those who carried burdens were loaded in such a way that each labored on the work with one hand and held his weapon with the other. 18 And each of the builders had his sword strapped at his side while he built.”

Nehemiah understood that the work he set his hand to do was important enough to be defended, and he took action to do so. The people were soldiers and gardeners at the same time. Perhaps, this is the real challenge to parenting – to find the balance between aggression and peace, battlefield and garden.