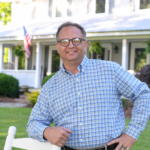 Christ’s Power Over Every Need

The Gospel of Mark Sermon Series

In 2005, the Guinness Book of World Records said that Percy and Florence Arrowsmith held two records—the longest marriage of a living couple (80 years) and having the largest married couple’s aggregate age (205 years).

Both Mr. and Mrs. Arrowsmith have since died, but they left good advice for those who want to have a lasting marriage. Florence said, “You must never go to sleep bad friends. If you’ve had a quarrel, you make it up. Never be afraid to say, ‘sorry’.”

Percy had slightly more humorous advice. He said the secret to his long marriage was just two words, “Yes, dear.”[1]

“And he left there and went to the region of Judea and beyond the Jordan, and crowds gathered to him again. And again, as was his custom, he taught them. 2 And Pharisees came up and in order to test him asked, “Is it lawful for a man to divorce his wife?” 3 He answered them, “What did Moses command you?” 4 They said, “Moses allowed a man to write a certificate of divorce and to send her away.”5 And Jesus said to them, “Because of your hardness of heart he wrote you this commandment.

When we close chapter nine we have six months until the cross, and when we get to the opening verses of chapter 10 we are only weeks away. There are caravans and multitudes of people traveling to Jerusalem.[2] So, as they are moving and traveling, Jesus is teaching them.

(v. 1) “went to the region of Judea and beyond the Jordan” – “The fact that Jesus was in Perea, Herod Antipas’s territory, may be significant. Antipas had put John the Baptist to death because John had denounced Antipas’s marriage and divorce. The Pharisees are hoping that Jesus would get himself into trouble with Antipas and would suffer the same cruel fate as John (head on a platter).”[3] John the Baptist died because he took a stand on this subject.

Also, “Herod took John the Baptist’s criticism of his marriage as potential incitement to revolt, and it is likely that the political situation in Galilee best explains the original reason for which Jesus was questioned about his views on divorce.”[4]

Mark tells us these religious leaders, the Pharisees, are up to no good, and trying to trip Jesus up, when he says, “in order to test him.”

Jesus references Deuteronomy 24:1 when he says, “What did Moses command you?” and the Pharisees quote their source of authority, Moses, “When a man takes a wife and marries her, if then she finds no favor in his eyes because he has found some indecency in her, and he writes her a certificate of divorce and puts it in her hand and sends her out of his house, and she departs out of his house,” Apparently, before Moses’ day, a man could divorce his wife with just a word.

The Pharisees are saying Moses permitted divorce providing a certificate of divorce was given to the wife.[5] Of course they had rules relating to the certificate (it had to be written on durable material, permanent ink, something that wouldn’t fade, etc.) – But they are not having the discussion of God’s intention behind marriage, only the loop holes, the short cuts, and the way out.

“On the question of the lawfulness of divorce, there was general unanimity among the Jews: divorce was allowed. The real difference of opinion centered on the grounds for divorce. . . In Duet. 24:1 the crucial words are “something indecent.”[6] There were two schools that one typically fell into.

“The school of Shammai, the stricter of the schools, understood these words to mean something morally indecent, in particular, adultery. But remember that “the penalty for adultery was not divorce, under the Mosaic code, but death.”[7]

The school of Hillel interpreted the words much more freely. Just about anything in a wife that a husband did not find to his liking was suitable grounds for divorce. Even if she burned food.”[8] Where Jesus stood between these two schools, and to get him to say something that could be used against him was their goal.

Remember that the book of Mark was not written to the Jewish people, but to the Roman believers; so there would be little interest in the rabbinical teachings on the law, their focus would have been “in Jesus’ teaching about God’s will.”[9]

Jesus does not question the law. But he reaches back to first principles. God’s design for a man and woman was that marriage should be an unbroken lifelong union. Jesus is pointing out that because man’s hearts are rebellious, he gives provisions that are intended to slow down the effects of sin upon society. The rabbis mistook God’s gracious provision in allowing divorce as his approval of it.”

(v. 5) “And Jesus said to them, “Because of your hardness of heart he wrote you this commandment.” – The law was an attempt to promote some order and restraint in the society to which it was first given. The reason for the law was the people’s “hardness of heart.” The people were set on doing what they thought and desired; they were blind and unteachable as far as God’s will for them was concerned.[10]

When Jesus comments on Moses’ statement in that it is not a reflection of the will of God but instead reflects the stubbornness of the Israelites (v. 5) – this would have been unique and striking.[11] The men were throwing their wives to the side for the most insignificant of reasons.

6 But from the beginning of creation, ‘God made them male and female.’ 7 ‘Therefore a man shall leave his father and mother and hold fast to his wife, 8 and the two shall become one flesh.’ So they are no longer two but one flesh. 9 What therefore God has joined together, let not man separate.”

Jesus moves the discussion from “is it lawful?” to the purpose of God for marriage. Jesus turns to the beginning of creation; It is God’s purpose for mankind, male and female, to be joined together by God – a holy union. God joined the man and woman together. Man should not separate what God put together. “Mere formal divorce does not annul the actual marriage consummated by the physical union. Breaking that bond does annul it.”[12]

Since marriage is a lifelong union between a man and a woman, its’ claims take precedence over ties to father and mother (v.7). “So they are no longer two but one flesh” – they are one unit.

(v. 9) “therefore God has joined together” – means literally “yoked together” It graphically stresses the importance of husband and wife working together as a team of oxen yoked together. God has put a man and woman together to work for the glory of God, with their family.

In Genesis 1:27 “So God created man in his own image, in the image of God he created him; male and female he created them.” “In this passage men and women are presented on equal ground. Both are to be respected, and they are equal partners. “In the social and economic context of ancient Palestine, the absolute right of the husband to divorce often meant great hardship for divorced wives, who might be given one lump-sum economic settlement if they were not accused of unchastity.

This sum, however would be no more than the woman’s dowry given at marriage, and that might be very small if the woman had poor parents.”[13] Jesus is rejecting the idea of women being property and the wife has rights in the context of marriage, based upon the creation account.

“Jesus defines marriage as a relationship in which both husband and wife are responsible both to each other and to God for maintaining its sanctity.”[14]

Mark does not tell us how the Pharisees respond to Jesus’ comment. Instead, we go immediately into house again for a private conversation.

(v. 11) By Jesus saying, “Whoever divorces his wife and marries another commits adultery against her” – is putting the man under the same moral obligation as the wife, thereby raising the status and dignity of women. Whatever the reason for a divorce someone’s heart along the way was hardened toward God, and this was reflected in the marriage. Jesus is directly targeting men who are being cruel in how they are divorcing their wives, and against their perverse disregard of the purpose of the Creator when he formed man from the dust and joined husband and wife together.

“And they were bringing children to him that he might touch them, and the disciples rebuked them. 14 But when Jesus saw it, he was indignant and said to them, “Let the children come to me; do not hinder them, for to such belongs the kingdom of God. 15 Truly, I say to you, whoever does not receive the kingdom of God like a child shall not enter it.” 16 And he took them in his arms and blessed them, laying his hands on them.”

This is the point of a godly household and parents, to bring their children to Jesus. Ephesians 6:4 “bring them up in the discipline and instruction of the Lord.”

The disciples haven’t captured the spirit of Jesus. We ask, how can they have been with Jesus so long, and heard all that He said, and still miss the things that Jesus really cared about. They still seem calloused toward people (ex. hungry people, those outside the twelve).

“he was indignant” – “It was a strong word of deep emotion (from agan and acthomai, to feel pain).”[17] “The disciples attempt to turn the children aside because they were unimportant, is one more instance of a persistent tendency to think in wholly human, fallen categories which Jesus had rebuked on earlier occasions (Mark 8:33; 9:33-37). The kingdom of God is made up of “childlike” earthly unimportant people.

(v. 14) “Let the children come to me; do not hinder them,” – hinder is an active, conscience, intentional blocking or obstruction. “for to such belongs the kingdom of God. 15 Truly, I say to you, whoever does not receive the kingdom of God like a child shall not enter.”

“The kingdom is that which God gives and that which man receives. Essential to the comparison developed in verse 15 is the objective littleness and helplessness of the child, which is presupposed in verse 14 as well. The kingdom may be entered only by one who knows he is helpless and small, without claim or merit.”[18]

(v. 16) “And he took them in his arms and blessed them, laying his hands on them.” – “A papyrus dated Alexandria, June 17, 1 B.C. contains a letter of instruction from a husband to his expectant wife, who he supposes may have had her child: “if it was a male child, let it live; if it was a female, cast it out.” Jesus shows his love for all children, which is freely given to all who would receive it.