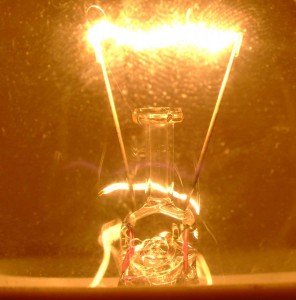 When Jesus began His public ministry one of the first things he did was to surround himself with disciples, who were given increasing levels of authority and responsibility as Jesus traveled. Eventually these disciples were released into independent leadership. For leaders, no matter how talented or energetic, there is a need to have others to help them and that they invest themselves into others.[1]

Sometimes this investment does not give the dividends that are desired. Judas, for example, was one of Jesusâ€™ chosen disciples and had unprecedented access to Jesus. We know that things did not turn out well for Judas.Â  But 11 out of 12 times the investment in others turned into the expansion of the gospel.

As a leader, investing in others and giving them genuine responsibility does many things for the expansion of the gospel, specifically:

Three Reasons To Lead Another Toward Leadership

1)Â Â  It allows the ministry to expand â€“ two people (or more) can do more than one person.[2] The gospel was able to go in twelve different directions at the same time, multiple churches were able to come into existence, and countless disciples were made in multiple places all at the same time because a leader invested in and trusted them.

2)Â Â  It allows people to grow as persons â€“ with this newly given responsibility, the new leader will be stretched to learn new things, deal tactfully with â€œministry situationsâ€ that up until now was handled by the main leader.Â  These new leaders will learn to lean on the wisdom and experience of others to do the ministry better.

When Joshua served as Mosesâ€™ amanuensis[3], it was a service of great learning for Joshua. Moses needed help, and God provided Joshua to help him. It was a symbioticÂ  relationship where the work was able to be done at a greater quality than if one did not have the other.

When God was giving Moses the law on Mt. Sinai, Joshua was there and experienced the giving of the Ten Commandments, even though he was serving as Mosesâ€™ assistant.[4] Joshua was able to learn how to deal with even greater situations by closely watching the main leader. Eventually, Joshua would have Moses lay his hands upon his head and this great weight of leadership would lay heavy upon his shoulders.

Jesus even said in Mark 9:33-37, â€œAnd they came to Capernaum. And when he was in the house he asked them, â€œWhat were you discussing on the way?â€ 34Â But they kept silent, for on the way they had argued with one another about who was the greatest. 35Â And he sat down and called the twelve. And he said to them, â€œIf anyone would be first, he must be last of all and servant of all.â€ 36Â And he took a child and put him in the midst of them, and taking him in his arms, he said to them, 37Â â€œWhoever receives one such child in my name receives me, and whoever receives me, receives not me but him who sent me.â€ (ESV)

It is serving as the least, as an amanuensis, that a person learns how to lead. It is in humility and humbleness that you seek to make another person look great and make him a better person that you learn how to lead. Sadly, many people donâ€™t want to serve years or decades as a servant of another leader â€“ they want leadership immediately. The problem is that they tear churches apart in their learning process and donâ€™t know what to do with this eternally important responsibility once they have it.

3)Â Â  It allows the main leader the ability to be away from his primary responsibility in order to do other ministry tasks. When there is no leadership, ministries fall apart and decline. Someone always has to â€œstand in the gapâ€ of leadership.[5] So with a new leader â€œholding down the fortâ€ while the main leader is away, there is an assurance that things will continue to run smoothly and progress.

Every leader needs time away for rest, spending time with family, mission trips, or learning at conferences or workshops. When these leaders are able to rest or learn they return to the ministry refreshed and better equipped to take the ministry even further and with a renewed vision.