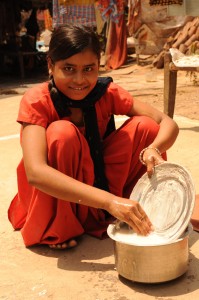 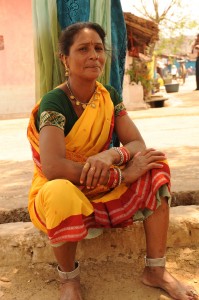 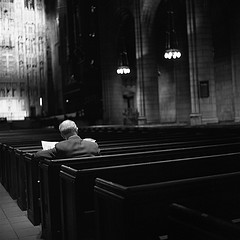 Today is our sixty-fourth day of being the Pastor of Children and Families at First Baptist Church Valdosta in South Georgia. My family and I are being exposed to a new city, new schools for the kids, new friends, new church facility, and new staff to work with.Â  When any person comes into a new position in an organization, especially a church that has existed for 150 years, there is a base of knowledge that the organization has, that the new person does not possess.

For example, every week that I have been at my new ministry position I have discovered different things about the church and itsâ€™ history. I discovered that the youth building used to be a hospital and has a morgue in the basement. I discovered an old safe in one of the front Sunday School rooms. I discovered that we owned a garage across the street and it was filled with all kinds of treasures (like racks of canoes, Boy Scout supplies, a huge Bar-B-Q cooker, etc.) I discovered where my office was located after getting lost several times. This week as I was searching for architectural plans for our childrenâ€™s building in a remote cabinet in the annals of the sanctuary I discovered a room dedicated to the making of ceramic figurines (which I have now learned is the ceramics room).

So the â€œrookieâ€ begins the process of learning the organizations history and itsâ€™ members. I have learned from talking with our custodian not to get rid of anything unless I ask some key people first. That old beat up raggedy object that you are sure is junk was once used in ministry and whoever led that ministry does not want it removed or thrown away.

The previous youth pastor got into some hot water when he started throwing away the Boy Scoutâ€™s pamphlets into a dumpster (which he later had to fish out). Dusty they may have been, â€œtrashâ€ they were not. One manâ€™s junk is truly another manâ€™s treasure.

So along with this history of the organization and itâ€™s stuff is a culture and way of doing things that one wisely should take note of. Letâ€™s call this â€œinstitutional memory.â€ This is the accumulation of experiences and people that culminate into an organizationâ€™s history and culture. There are names on plaques, vases, walls, and buildings for a reason.

To pretend that you are the first to explore these waters of ministry is at the very least self-righteous and if taken to the extreme heartless and uncaring. It is because of the previous generation that the church is where it is today. If you love them and respect their pilgrimage before you, they may look to you for leadership. If you ignore them and their journey, you wonâ€™t last very long nor will you accomplish very much.

At the same time, those who possess institutional memories should not use this knowledge for personal gain, control, or manipulation. And when it is said, â€œthatâ€™s not how we do things around here,â€ it stifles creativity and the bringing of new ideas to the table. I have been blessed to have been encouraged and supported every step of the way (in all my sixty-four days.) 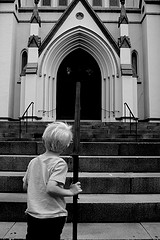 God has called me to lead in my new place of ministry, but I am not the first to chart these waters. There have been godly men and women before me. They had great ideas, worked hard, experienced Godâ€™s blessing, sacrificially gave, and expanded the kingdom. Now, as I run with the baton now passed on to me, I recognize their accomplishments and their race having been run. Â I donâ€™t want to start over at the beginning; I am content to run the race put before me. I am thankful for the faithfulness of others in the past.

Three Cliches to Help You Work Through Institutional Memory

1. “Rome Was Not Built In a Day” — Having moved from a church planting environment with no buildings to a very established church with multiple blocks of facilites, I recognize that all that currently exists was not built over night. There have been many generations who have faithfully served the Lord and slowly built what now exists. This is not just brick and mortar, but a good reputation in the community. When you begin a new place of ministry, it is only right to recognize that many have sacrificed so that you are able to do what you do. If you are to make a difference don’t expect to do it over night. Move slowly, carefully, and methodically so that you don’t destroy a work that took decades or even generations to build.

2. “Absence Makes the Heart Grow Fonder” — It amazes me how fast nostalgia begins to set in amongst a group of people. It always seems that last year was better than today. Â We quickly forget that yesterday was filled with heartache and difficulty as well, but today just seems harder. Don’t get upset if people look back with thoughts of “golden years.” God has great plans for you and your generation too. Those saints who have gone to be with the Lord and their service to His church should be honored and remembered.

3. “An oldie, but a goodie” — Don’t dismiss something simply because it is old. Someone has had to deal with the same “issues” that you are having to deal with; why not see what they came up with? Why reinvent the wheel every new generation? Newer is not always better, and older is not always antiquated.