Camp Rock is a camp specifically designed to serve children who are in the foster care system or are â€œat risk.â€ The Valdosta Baptist Association sponsors this event, and Redland Baptist Church specifically organizes the camp. This year there were over a hundred children who enjoyed a five day, four night camp complete with three meals, housing, and a great staff of counselors.

The highlight of the week is Christmas at Camp Rock where the entire dinning hall is decorated for Christmas Thursday after lunch so that when the kids enter for dinner they are completely surprised by Christmas decorations, lights, singing of carols, gifts, a hug from the entire staff, and a huge Christmas dinner. There were many open mouths and smiles as the children entered the dining hall.

My family had the privilege of serving as support staff for the entire week. We emptied trash, cooked, took pictures, videos, helped wherever we could, and the Amazing Bozini even made a guest appearance. My children were in with other kids who floated through the programming and even slept in the cabins at night

On one of the days as the kids were floating from station to station, I was returning something to the adults cabin and came across Calebâ€™s (my sonâ€™s) camp counselor (who also happened to be named Caleb). The counselor told me of how Caleb and another boy had just had a â€œdisagreementâ€ that the other boy named Brandon wanted to go home, as a result of their argument. Caleb (the counselor) was at a loss of what to do and basically handed it over to me, and he and the group went on their way from kickball to their next station. So there I was with Brandon who was crying uncontrollably and Caleb who seemed to be nonchalant about the whole event.

I asked Caleb what had happened and he began to tell me a story of how he and Brandon had been discussing Pokemon characters and which one of them were more powerful than another. Caleb said one character was more powerful because of one thing, and Brandon had countered with some other reasons why another character was more powerful. The disagreement continued to escalate and become heated until Brandon said, â€œwell at least I donâ€™t have to wear idiot glasses.â€ And after some discussion with Brandon I further discovered that Caleb had fired back with, â€œwell at least I have a thumb!â€ Brandon’s comment did hurt Caleb’s feelings, but Caleb’s words cut deep.

You see Brandon was born without a thumb. Every day of Brandonâ€™s life (as he explains it) he is made fun of for not having a thumb. His school life is miserable because there are bullies there that ridicule him about the deformity. Calebâ€™s words had hit him deep and in a way that he never could have predicted. Brandon came to â€œBible Campâ€ hoping to have one week of his life where no one would make fun of him because of his thumb.

One minute Brandon was firing back, and the next he was an emotional crying lump on the floor. Caleb had won the verbal scrimmage, but the cost of the victory was very high. I made the boys apologize to each other and go on to their next station (this worked for my boys when they argue, why not try it here?). Caleb didnâ€™t mean it, and Brandon would have nothing to do with it.

I took Brandon to crafts (their next station) and got him started in the craft project where he eventually calmed down. I then proceeded and take Caleb outside to â€œexplainâ€ how powerful his words had been over Brandon. I leaned in pretty hard, and was very descriptive of how this boyâ€™s life was affected by peopleâ€™s words and how his life was different because of his deformity. I described how this camp was designed to be a haven for these children whose lives are so full of pain and disappointment â€“ and now he had messed that up for this boy. Did I say that leaned in pretty hard?

I told him that he had to make this right and how the boy wanted to go home, leave camp, because of the pain that he felt because of Calebâ€™s words. Then Caleb began to cry. After a few minutes I told him to go to the bathroom, clean up his face, and at some point when he felt best (I left it up to him) he was to go and apologize to Brandon where he was to truly express how he felt sorry for his actions â€“ and explain that to him. He wanted go right away, but I told him to wait and let Brandon â€œcool downâ€ and talk to him later. Caleb then went back to another table and started his craft project.

I then went to a corner in the craft room to begin working on a video for a presentation on the last day. As I was editing video and pictures on my laptop, I looked up to see Caleb standing at Brandonâ€™s seat. I could not hear what he said, but I could see on his face that he truly was sorry for what he had said. The boys hugged and I could not hold back my tears. I gave him a smile, and as they hugged he smiled back over Brandonâ€™s shoulder. They were inseparable the rest of the week. They even set up a play date for later in the summer.

My son had fallen, and then made it right. I was so glad that I was there to guide the process, and witness my son doing the right thing. I am so glad that my sonâ€™s conscience was stricken with guilt over his behavior. As we stood outside the classroom, it felt like I was giving him a verbal spanking. It was different than lectures about how he needed to work harder in school, or not to aggravate his siblings. He needed to get to a point where he got a glimpse of how his words had hurt another person.

Our children will make mistakes and have moral failings, and I was so thankful to God that I was able to be there to steer him in the right direction.Â  A parentâ€™s words are powerful. If we use them for evil we can crush our children. If we use them for good, then we can steer them toward righteousness and away from destruction.

â€œHear, my son, your father’s instruction,

and forsake not your mother’s teaching,

9Â for they are a graceful garland

for your head and pendants for your neck.â€ 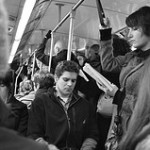