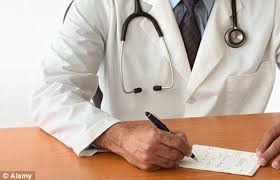 I went to the doctor last week for my annual health check-up. I put on the paper snuggie, sat on the cold exam table, and waited the perfunctory forty-five minutes. There was the rustle of the clipboard being taken out of the plastic box on the other side of the hollow exam room door, a soft cough, and a knock. The doctor entered complete with white coat, nice tie, and went immediately to the small sink to wash his hands.

He smiled and after a short glance at the file, he said, “ok, let’s get started.” He said he wanted to start with the muscular system, where he then reached through my chest and with a great pull removed all the muscles from my body. Then he gently laid them on the floor beside the table and said, “The muscles look good.” He then went to the skeleton removing it in a big shake and leaned it in the corner. 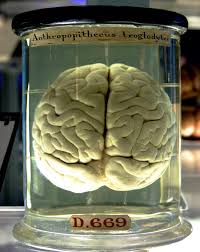 Now a pile on the floor his hand reached down and separated me, piece by piece. I thought, as my mind rested in a glass jar, “this is different.” System by system, piece by piece was separated and examined. Then with surgical precision he put me back together again.

Ok, so why don’t doctors do things this way? The body cannot function if it is separated into autonomous pieces, instead it functions as a whole unit. The systems do not operate independently; they are intricately bound to the other. When one system has disease, the entire body is affected. When a system is healthy it supports the overall health of the entire body. The body does not function if all the systems are not present and doing their intended function.

The entire organization must be evaluated if there is “disease” because no department operates completely independently of the others.[1] Often times it is easy to identify a problem (i.e. a broken bone). This is a skeletal problem, but all systems are needed for healing. The bones are needed to act as a structure for the rest of the systems, but the other systems are needed to keep the skeletal structure healthy.

The Systems of the Human Body 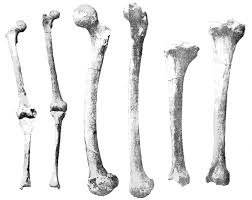 If the blood supply is not delivering blood to the bones, or if the bones are not getting the needed nutrients from other systems,  can you really only blame the skeletal system for being broken? Perhaps the eyes did not function as they should have and led the body to step on a hole. Perhaps the circulatory system did not deliver needed nutrients and the bone became very brittle. Perhaps, perhaps, perhaps, . . . to simply blame the bones because they are broken is short sided, a lazy diagnosis, and naive.

To blame a department in an organization for some shortcoming without taking into account the organization as a whole only sets up a system for the same issues to be repeated in the future. You simply don’t know if the true cause was the leader or were there contributing factors that are still present and will continue to cause problems for the replacement leader.

[1] Click here to see article on “silos” and how they hinder performance in organizations.