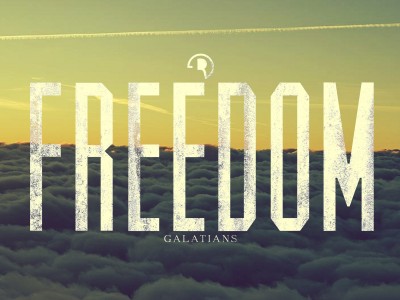 Paul explains in Galatians 4 that an heir is no different than a slave while he lives under a guardian. But one day the Father determines his son to be ready to no longer live like a slave takes action to allow his son to live as an heir (no longer restricted by guardianship.)

Galatians 4:1-7 â€œI mean that the heir, as long as he is a child, is no different from a slave,1 though he is the owner of everything, 2Â but he is under guardians and managers until the date set by his father. 3Â In the same way we also, when we were children, were enslaved to the elementary principles2 of the world. 4Â But when the fullness of time had come, God sent forth his Son, born of woman, born under the law, 5Â to redeem those who were under the law, so that we might receive adoption as sons. 6Â And because you are sons, God has sent the Spirit of his Son into our hearts, crying, â€œAbba! Father!â€ 7Â So you are no longer a slave, but a son, and if a son, then an heir through God.â€

Paul says that this removing of a guardian and giving rights as a child takes place â€œin the fullness of time.â€ But what does this mean? Just as when a boy reaches a specified aged (for the Jews in was 13 with bar mitzvah and 18 years of age for the Romans with a ceremony called toga virilis[1], is given certain responsibilities (i.e. freedom).Â  The apostle is explaining how the law acted as a guardian over Godâ€™s people to show them how to live. The lawâ€™s intention was to show them their need for a Savior and how to gain true freedom.Â  The law was to teach them of their slavery.

In order for people to obtain this freedom from the law the Father sent his Son, who was born of a woman, born under the law in order to redeem them so that they may be adopted as sons and the Spirit of the Son allows them to call God â€œAbba!, Father!â€

The Fatherâ€™s purpose in sending His Son was for the Son to be fully man (while being fully God), to live under the law (and yet keep it in every way), so that he could buy back mankind (redeem), and adopt them as sons who then see Him as daddy.

We inherit freedom as adopted children. Paulâ€™s argument against the Galatians is that slavery goes against what God has been trying to teach His people through the law, and the culmination of sending His Son. Â Freedom is actually how God has intended for us to live since the time of creation. Â Mankind was originally created and designed to live in a free environment.

God gives freedom (He actually created it) and Satanâ€™s lie is that we can be happy by putting shackles back on our hands and digging up â€œthe old usâ€ (see Romans 6) and playing with death. Consider Genesis chapters 1-3. In these chapters we see that Adam and Eve have the freedom to choose God or reject a relationship with Him. In sin we have no choice, we are condemned and eternally separated from Him. We also see the freedom to choose His ways over what we think is right and best. But even in sinless perfection mankind chooses foolishly, so what hope do we have in a fallen world with a completely corrupted spirit. We also see the freedom to be in Godâ€™s presence (Gen. 3:8). God would come â€œin the cool of the dayâ€ and talk with Adam and Eve.

So why would God send His Son in order to give us freedom again? He desired to restore a relationship with us. John 3:16 says, â€œfor God so loved the world . . .â€ God wants us to call Him â€œDaddy! Father!â€; he desires to adopt us as Hid children. He used the law to show our corrupted hearts how we can not keep or follow completely what is required to have a relationship with Him (which is sinless perfection). So Christ came being fully human, kept the full law (not the human add on parts), and died as a substitute for mankind on a Roman cross.

In Christâ€™s death mankind can taste true freedom once more.

In freedom we can do whatever we want, but what do we do with this freedom?

Romans 6:1-4 â€œWhat shall we say then? Are we to continue in sin that grace may abound? 2Â By no means! How can we who died to sin still live in it? 3Â Do you not know that all of us who have been baptized into Christ Jesus were baptized into his death? 4Â We were buried therefore with him by baptism into death, in order that, just as Christ was raised from the dead by the glory of the Father, we too might walk in newness of life.â€

The walk and relationship with God was intended by God to be a newness of life, not a continuation or a return to behavior and actions that enslave us. The Galatians were seeking to follow the law and it brought them comfort even when they knew that it leads to slavery and death. 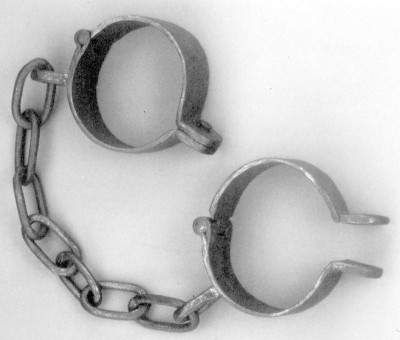 Why do we find comfort in slavery? Consider the story of Godâ€™s people in the book of Exodus. In Ex. 5:6-21 we see they donâ€™t want freedom because it requires harder work. In Ex. 14:11 they are before the Red Sea and want to return to slavery because they feel in danger. In Ex. 16:3 and 17:3 they want to return to slavery because they are thirsty and hungry. In Ex. 32:1 they make golden calves as idols because they wanted to be in control. Slavery is what we have known for most of our lives, and even when we have freedom in Christ we have a constant struggle to return to death and slavery. In some sick and twisted (fallen) way we would rather live in a horrific world of slavery because we would rather have what we know rather than what we have never experienced. We would rather hold on to the worthless plastic kidâ€™s play necklace in our hands instead of trusting God to give us the priceless diamond one in His hands.Â  He even lays the necklace upon our necks but we look down and choose the plastic one. Why do we do that?

Paul mentions â€œelementary principles of the world.â€ These are things like greed, lust, gossip, lying, violence, etc. and all these things bring us momentary pleasure, but at the same time they enslave us and cause us and others harm. The new walk of life should be one of bringing glory to God with our lives. Our lives are to be one of giving, love, truth, encouragement, peace, etc. We can only do these things in a way that pleases God through Christ and the freedom that He gives.

Freedom Can Be Dangerous

Americans have a great freedom that many have fought and died to protect. But what do we do with this freedom? We live in a day of reality tv, fast food, vulgar heros, a sense a entitlement, materialism, American idols, and a host of other trash in our society. But we also live in a day of unprecedented technological and medical advances. There are many unnamed heroes who faithfully serve their communities and nation. In the home of the brave there is freedom to do good to others and serve mankind, bring glory to God, or allow that freedom to lead to oneâ€™s demise.

My children are old enough now that they can be left at home for short periods of time. They finally are old enough to have the freedom of not having mom and dad around. But what do they choose to do with this freedom? They could clean their room, help in some way around the house, or they can sit on the couch and watch tv until mom and dad get back home (Matt. 25:14ff). Itâ€™s easy for Christians to sit on the proverbial couch of life. We can waste the freedom that we have been given, we can return to slavery of what we know, even though it brings death. Or we can use our freedom in Christ to do something to impact mankind and give God glory with our lives. Which will it be for you? Get up.

So how do we move and live in this limitless freedom?

Use the following outline to walk through the decision or action you are trying to make. Remember that you have been freed to do something beautiful and wonderful with your your life, donâ€™t waste it on foolishness.

Will it build me up?

Will it profit me?

Will it help me personally?

Â Can it bring me into emotional/psychologicalÂ (even chemical) bondage?

Can I glorify my Lord in this activity?

Is this a potential stumbling block to someone else?

Will this help or harm my witness for Christ?

Is this something I could see Jesus doing?

[2] This outline was written by Dr. Daniel Akin of Southeastern Baptist Theological Seminary.