N.R. Getic George used to be full of energy but now he feels weak and tired. He cannot stay focused at school and does not feel like playing with his friends. N.R. Getic George needs help solving the mystery of how he lost his energy. This is clearly a case for a group of brilliant detectives to solve. The Bear den of Pack 277 went to work and solved the mystery!

Thank you Tracy M. for arranging the evening, and thank you Weis for your support of the community.

Tonight the Cub Scouts of Pack 277 in Brunswick, MD celebrated their Blue and Gold Banquet. There was the giving of awards, the Webelos had their Arrow of Light ceremony and pinning, and then there was a wonderful pot luck dinner. The all sat back and enjoyed the magic of Benjamin Corey. www.yourmagic.net 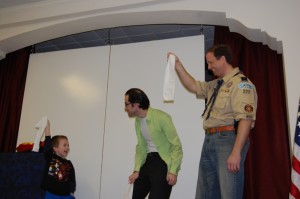 Joshua and Caleb and the rest of the Bear den earned their Bear rank and fun was had by all. 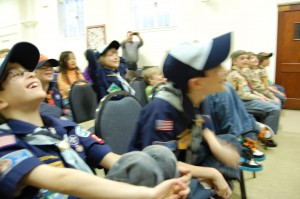 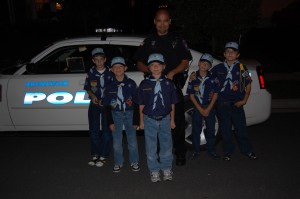