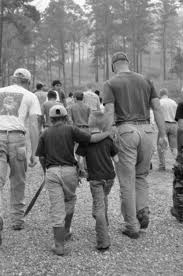 Several years ago my wife went on a mission trip to Honduras.[1] Â There she served at an orphanage and fell in love with many of the children. There was one boy that God used her to see that his vision was corrected. It involved tedious hours of phone calls and visiting various doctors until the day came when his crossed vision was corrected. There was also another boy there who has aged out of the home but has no place to go. They have allowed him to remain as a helper and overseer of the younger boys and one special needs boy in particular. While not a true orphan, his mother is still alive, she is not able to support him or provide for his needs. So he grew up with six hundred brothers and sisters in the orphanage.

His desire is to help people, further his education â€“ perhaps eventually into dentistry. While he has aged out of the home and the educational system in his Honduran village, his heart is to learn more. It is hard for me to imagine how many bright and talented children look up into the night sky and know there is a world of knowledge and opportunities out there, it just seems out of their grasp. The young manâ€™s name is Abel. When tested his marks were in the United States tenth grade. So if he were to follow his dreams he must complete two years of US high school, then college, and then who knows where.

My wifeâ€™s heart seems drawn to people she feels she can help. She came back home from her trip and began a talk with me about potentially bringing him to the United States, perhaps even to live with us. At the time we were living in a two bedroom home that we were borrowing from the church until we were able to find a home for our household of six (and one dog).

It was clear that there were many obstacles in the way of him coming to the US to further his education. He needed a place to stay (my wife seems to think he should live with us, so we needed a larger home). He needed permission from the Honduran government, a passport, various other proofs that he was coming to study, and tons of bureaucratic red tape. All these things have been worked out, including a full scholarship to a college prep school here in Valdosta. We have been given sky miles to go pick him up, and we are gathering money to take care of his everyday needs. One person has even volunteered to cover his medical expenses. One obstacle after another has been broken down so that he can be here in the United States to study and be apart of our family.

Back to Kimberly’s and my original conversation â€“ I had told her that with so many obstacles and seemingly impossible odds, if all those things got worked out, then I would be supportive of the idea. Honestly, the idea of an almost grown complete stranger coming into my home to live was unnerving to say the least. But, the time has come for me to be supportive and get on board (literally) with Abelâ€™s coming. We are days away from scheduling a flight to go and pick him up. If I try and look at it from his perspective it is wonderful. A family to love him, education as wide open as he wants, all needs being taken care of (even his own room), and he can be anything he sets his mind to be.

In 1 John 3:1 says, â€œSee what kind of love the Father has given to us, that we should be called children of God; and so we are.â€ John in the opening verses of chapter three of 1 John defines love. He says that God has made that which once hated him and rebelled against him his own children. John then goes on to discuss how one can tell if someone is a
Christian.

The Christian does two things according to this passage: 1) practices righteousness, and 2) loves oneâ€™s brother. Because the Holy Spirit lives in every believer, and the believer is to abide in the Word of God â€“ righteousness will result in the life of a believer. This passage is clear that if righteousness is not evident in a personâ€™s life, then they are not a Christian.

But, it was the second of this list that caught my eye. Because it begs the questions, â€œhow does one love his brother?â€ I will not split theological hairs and ask â€œwho is my brother?â€ like the lawyer in Matthew 22:39, the answer is clear for our family. While I may not be crazy about the answer, it is given at the beginning of the chapter. If we are to follow Christâ€™s example, then we must love our brothers as He defines the term â€“ he has made us His children. We are adopted into His household. If we then follow His example, then we should have a practice of welcoming brothers (and sisters) into our lives â€“ not as friends or one day a week acquaintances, but has fellow family members.

So you may say â€œSo Drew if I donâ€™t adopt someone into my family, I am not showing genuine Christian love?â€ No, Iâ€™m not saying that. It is not for everyone to adopt or have someone live in your home. But I do feel we must go beyond once a week meetings, and hour-long get-togethers. We must begin to see others as brothers and sisters who are our family and we are to follow Christâ€™s example of loyalty. We love them and stand beside them as family. We don’t abandon them when times get difficult. He sought after us and brought us in. He did not wait for us to come to Him â€“ He came to us first (1 John 4:19). Therefore, we go to them first; we seek them out; we take the first step.

I know we live in a messed up world, with lots of scary people. But I have seen a vast sea of people in need of a father, a mother, a big brother, a little sister, and a family to call their own. So, the Boswells are taking a risk and opening up our home to a young man. But how many times in your Christian walk is the path before you without any risk? In fact I think we call that faith.

In Ephesians 3:14-19 Paul is praying for believers in Christ, which he calls “you.” He is praying so that they will take an action, “to grasp,” and understand the volume of God’s love for them. This action and understanding will be to the fullest.

“14 For this reason I bow my knees before the Father, 15 from whom every family3 in heaven and on earth is named, 16 that according to the riches of his glory he may grant you to be strengthened with power through his Spirit in your inner being, 17 so that Christ may dwell in your hearts through faithâ€”that you, being rooted and grounded in love, 18 may have strength to comprehend with all the saints what is the breadth and length and height and depth, 19 and to know the love of Christ that surpasses knowledge, that you may be filled with all the fullness of God.” 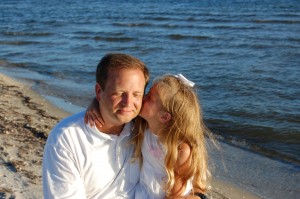 Paul’s main idea is to get the reader to understand how great God’s love is for His children. It is described as four never ending Â axis of a sphere, “breadth and length and height and depth.” The passage goes on to say, that this volume of love is “the fullness of God.” We know that God is eternal, never ending, and beyond measurement — so it is like our universe. God’s love is like the vastness of eternal space. It is a massive sphere, that is eternal in all four directions. We are surrounded by this volume of love from God, a volume beyond comprehension and measurement. No matter how far you travel in any direction, His love for you will never end. You are always surrounded by God’s love.

What happens if a person does not have this information? What is a person’s life like if they do not know of God’s love for them, and how deep, long, high, and deep it is? There will be an emptiness within them that they will seek to fill. They will do this in an earthly, fleshly, and fallen way. They will fill this empty area of their lives with what they think will make them happy. This passage shows us that if we can grasp ahold of the tremendous love God has for us, then it will fill us to the full — there will be no need to put anything else there. There will no longer be any emptiness, only the fullness of God.

If you take this same principle and apply it to the family, we get a very similar picture. If a daughter does not know of her father’s love, there will be places within her heart that she will seek to fill. She will desire to end the pain of the emptiness of the relationship by filling it with a false and sinful relationship with the first guy who comes along and tells her things Father’s should tell their daughters (“you are beautiful,” “I love you,” (words of affirmation) “Can I have a hug?” (appropriate physical touch) or “I will protect you” (safety)). If a Father is engaged in his daughter’s life, and tells her what she desperately need to hear, it will act as a anti-virus to the lost world who tries to destroy her. 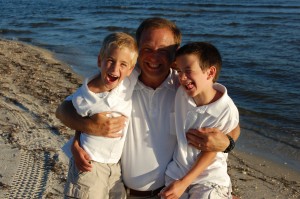 Love also gives stability. The Ephesians passage discusses being “rooted and grounded” in this knowledge of love. When (not if, but when) our lives get chaotic and we become apprehensive, it is the knowledge of God’s love for us that allows us to remain stable and calm (even at peace). This knowledge of love acts as a handle. We can hang on to it, knowing that the ship of life may be rocking and rolling, but we are secure as long as we hang on to the knowledge of God’s love. Satan (even from the beginning) tries to get believers away from this very important and foundational truth. If he can get you to doubt God’s love for you then you will become very unstable, and he can then guide you to destruction.

This knowledge of love and the stability it brings gives one power for living. Paul says,”strengthened with power through his Spirit in your inner being.” The word for power here is the Greek dynomos“where we get our English dynamite. You will have strength like dynamite to live in this world. Not only will you have a fullness in your spirit, and your life will be stable and firm, but you will also be able to go out and make a difference with a dynamite impact. 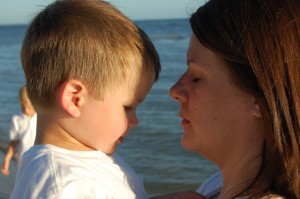 Think of this same impact that parents have upon their children. If your children are able to comprehend the immense depth of your love for them, then they will have a fullness in their spirits, they will be stable in how they live their lives, and they will be able to launch out with power.

Have you told your kids how important they are to you today? Tell them that you love them. A father’s love, expressed, will change his children’s lives. A mother’s love, shown, will change the world.